Litecoin has been around for quite some time and is not exactly a new altcoin.  In 2013, Litecoin prices went to $50 USD which also correlated with the first big run up in Bitcoin.  This was followed by a long and slow grind down over the follow year until Litecoin settled at around $4 where it has sat for quite some time.

However, over the past few months Litecoin has reemerged as a leading cryptocurrency.  The network is in the process of adopting SEGWIT and now Coinbase has added it to their exchange and wallet.  The overall bull market in cryptocurrencies is also helping all of the leaders as sentiment spills over and more money comes into this space.

As I mentioned in an earlier post, the total market cap of the cryptocurrency asset class has exploded this year but could certainly go much higher.

Litecoin has been on our watch list since its recent move above $5 and we recent posted an alert identifying a potential break out.  Watch the video that took a deep dive look into the recent price action as well as the set-up we saw which led to today’s big breakout.

So Where Do We Go From Here?

Is it too late to buy Litecoin or will we continue to see higher prices?  Let’s look at two basic scenarios to help us see where things can go. 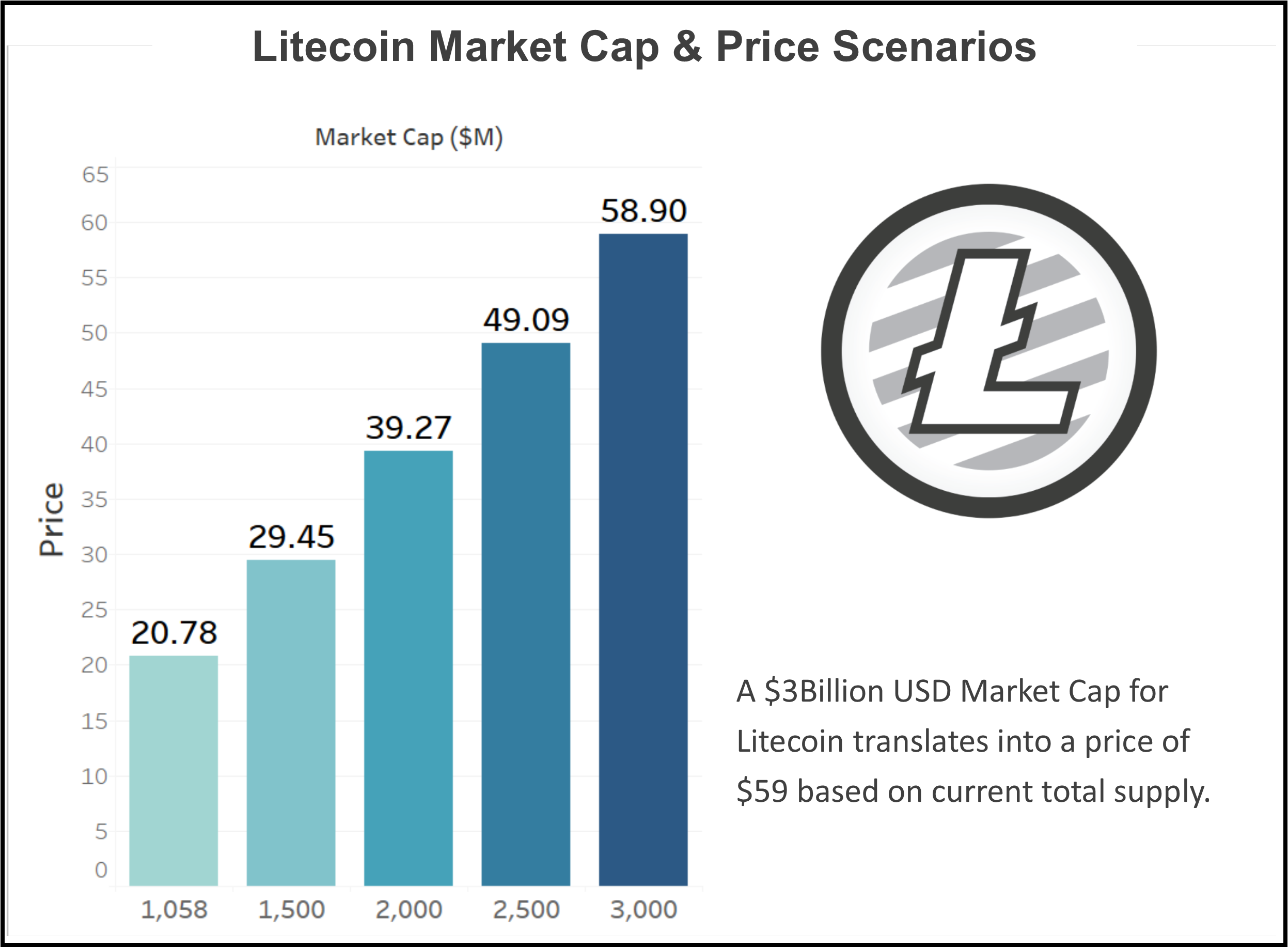 If we take time out of the picture and just look at where the total value of Litecoin could go, these market cap scenarios point to significantly higher prices.  The current market cap of Litecoin is just over $1 Billion USD but that is tiny compared to Bitcoin’s $20+ Billion and Ethereum’s $8+ Billion.

If Litecoin’s market cap goes to just $2 Billion, that translates into a price of approximately $40 per Litecoin.

At $3 Billion dollars you’d be looking at $60 Litecoin!

How long it will take to reach those levels is anyone’s guess but a $2-3 Billion dollar market cap is certainly in the realm of possibility for a cryptocurrency getting as much positive attention as Litecoin is getting right now. 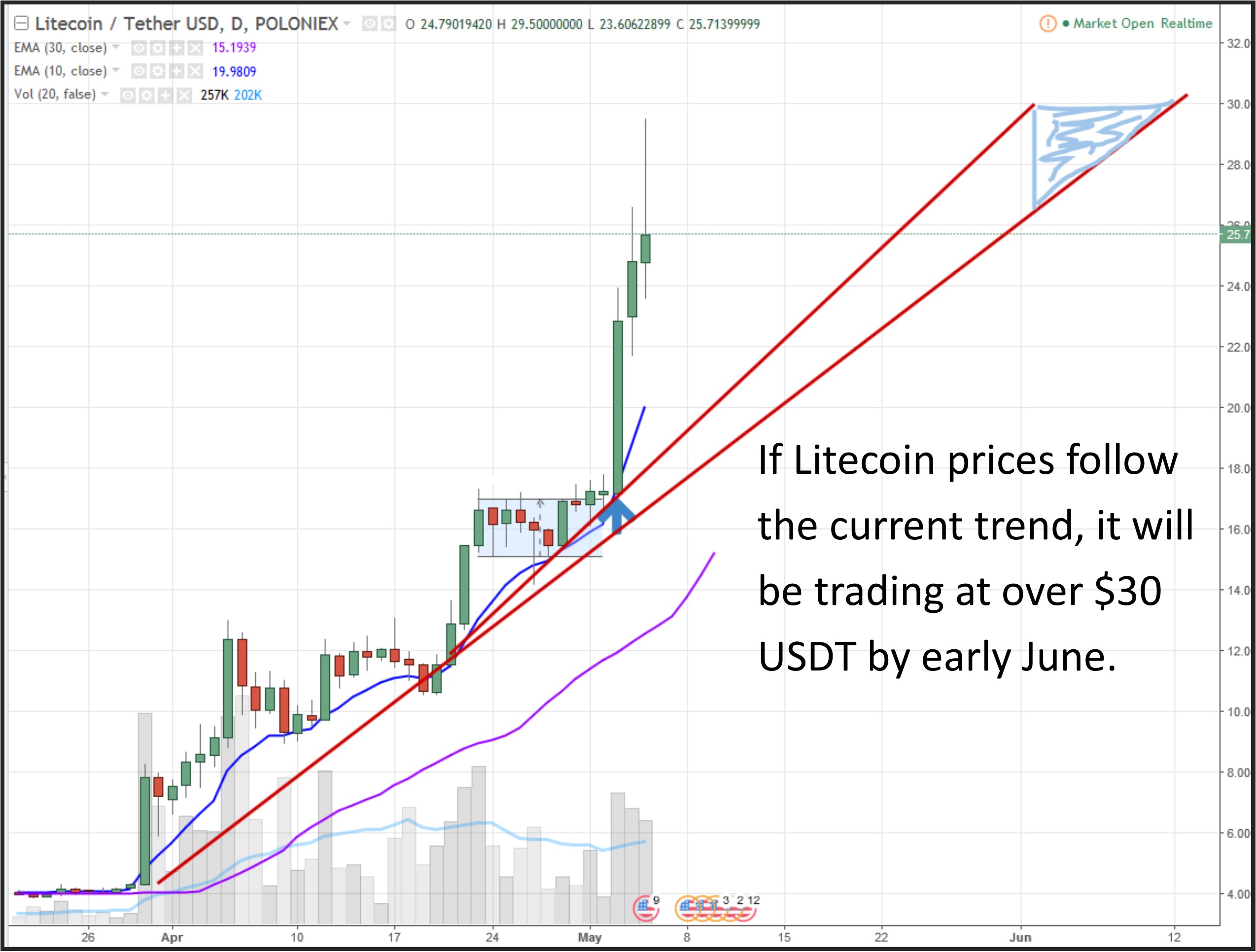 If prices were to continue on their current trajectory, the price of Litecoin will be trading at over $30 USD by early June 2017.  Markets rarely follow such a nice and steady climb but it’s certainly possible.

Watch the full video below: